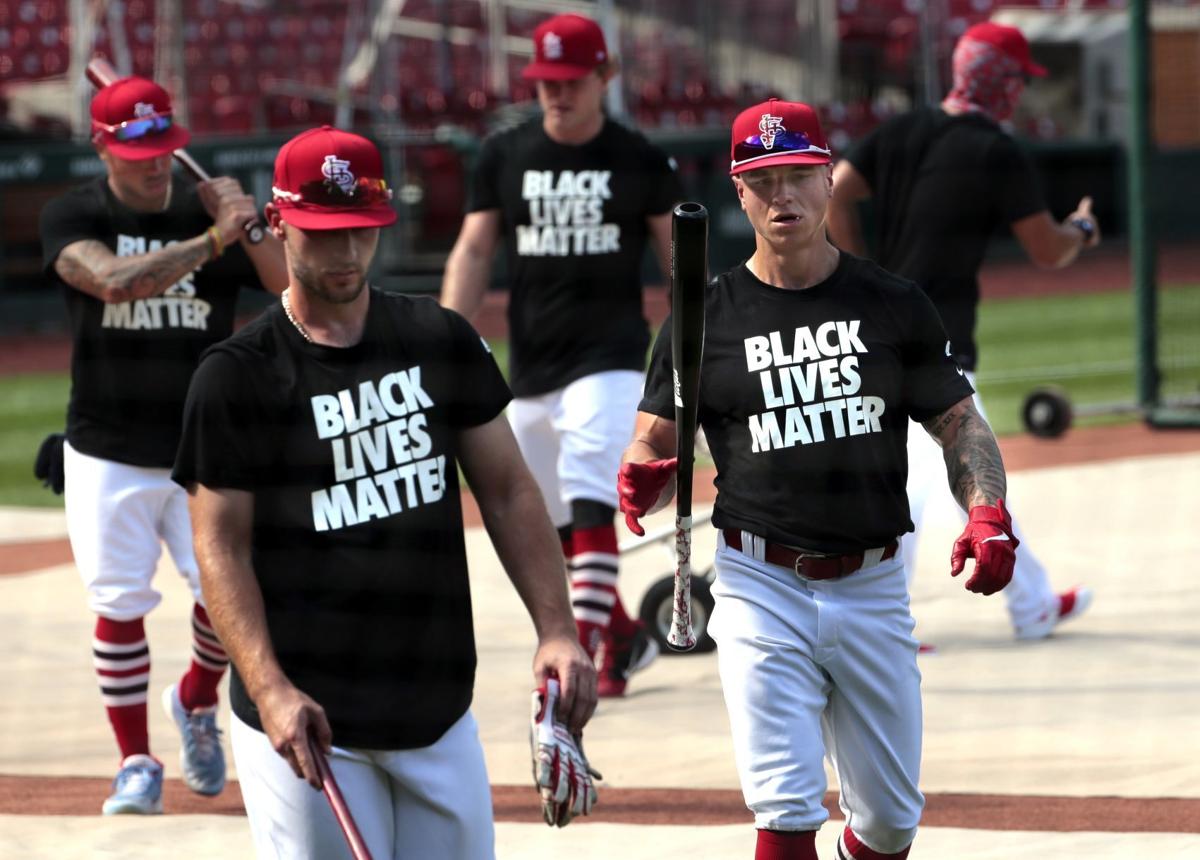 An MLB top pitcher, Cardinal’s Adam Wainwright says his Christian faith and his love for his teammates led to his decision to wear a Black Lives Matter shirt.

Wainwright is getting a lot of flack from other Christians about this decision, but he explains in an interview why it was easy to do it,

“As a Christian man, my job first and foremost is to love my neighbor and to love my teammates and to love my friends and my family the best way I know how. We had a big team meeting the other day, and Dexter [Fowler] and Willie [McGee] and Jack [Flaherty] spoke – just going over some of the things that they’ve felt their entire lives. And they looked at us and they said, ‘Hey, it would really mean a lot to us if y’all would join us in this movement.’ And you don’t have to tell me anything else besides that. When my teammate looks at me and says he’s in need, he needs me to stand up for him, that’s great.”

Wainwright is known around the league as an outspoken Christian.

“I can tell you what that shirt meant to me was not having to do with anything outside of what’s in this clubhouse. And what’s inside of us as human beings. That had everything to do with supporting my black brothers and sisters around the country and especially my teammates and my close friends and my son,” referencing an adopted child who is black.

“By wearing that shirt, by wearing this patch, by being there for Dexter and for Willie and for Jack and for Jordan and for whoever else is going through this, it’s given me a lot of opportunities to share my faith in different ways that I never thought would be possible.”

“Everyone has good intentions, I hope. But for me, and for what I needed to do for this clubhouse and my teammates, was be there for them and to love them well. And I feel like I’m doing that.”

“I plan to … kneel with my teammates before the anthem. I’ll do so with a clear conscience. And I’ll rise and put my hand over my heart like I always do and look up at that flag with the greatest reverence I could possibly have for it,” Wainwright told the News-Democrat. “I’m secure in what the Lord is telling me.”

Despite the pushback, Adam has defended his actions on Twitter.

“Praise Jesus that I get an opportunity to support my brothers and sisters that have a different skin color than me,” he wrote. “I will try to always show up for my teammates and friends in their time of need. #andthegreatestislove Now let’s play ball!!!”

Magic’s Player Stands During BLM Because Of Christian Faith